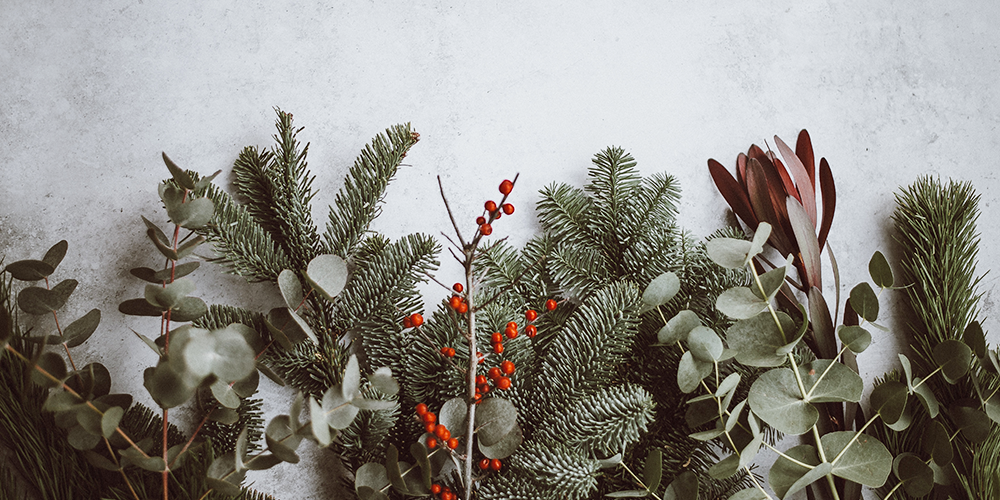 What a year. What a decade. Another opportunity to reflect on the ups and downs, business and personal, and share the learnings with you.

If I had to label this year with a single phrase, it would be “adjusting to a new normal”.

Our third child was born in September 2018, but only in 2019 we started getting the full idea of what it’s like to have three children. Now our baby daughter is 14 months old, and the boys are 6 and 7.

With that many people in the house, nothing ever goes as planned — there are just too many variables. In a family of two, you might get an illusion that you have things in full control. In a family of five, the fragility of any plans becomes blatantly obvious.

The way we’re dealing with this is not perfect, but it allows me to actually get work done: we have several people helping us to take care of the kids and drive them around. For me, it feels like managing a small company, but I’ve smoothly grown into the role.

As soon as I started to feel balanced again, it was time for yet another adjustment. Our oldest son started his school this year (real school with homework, etc) which was a big difference compared to his previous lifestyle. Suddenly the logistics multiplied, but more importantly, as parents we started being responsible for his results — e.g. homework. This kind of adjustment seems trivial if you look backwards; all parents go through it. But it felt like a cherry on top, until we got used it.

These lifestyle adjustments sent me into a deep existential journey. I was hungry as a wolf for new mindset ideas that would help me in this crazy, exciting journey. Userlist hatching out of beta also provided plenty of food for thought.

These were the most impactful titles:

When picking books, I typically follow the recommendations of my friends, and also refer to this giant library of book notes by Nat Eliason.

Compared to 2018, we managed to get back on track with travel:

Go with the flow. It’s much better than trying to fight the world. It’s too unpredictable to fit your plans. Instead, adjust your plans to fit the new opportunities.

Don’t resist change. Make your default answer “yes” to opportunities and lifestyle ideas outside of work (if it fits your capabilities and doesn’t put a strain on you). Our knee jerk reaction to anything new is unreasonably negative, because we don’t like change and prefer to stick to our original ways. It becomes especially obvious when you try and watch yourself in daily life.

Focus on the positive, meaningful things. Your attention is a scarce resource; moreover, it represents your energy. Don’t waste it on negative talk, bad news on TV, poor government decisions, bad weather, etc.

Find JOMO. “The joy of missing out” is an interesting concept, compared to “the fear of missing out.” Examples: wrap up a pleasant party before it becomes unpleasant; focus on a single activity instead of trying to cram five tourist spots in one day of travel.

Don’t blame yourself. It’s impossible to perfect 24/7. I do all kinds of improper things regularly: social media, indulging in food, staying up too late, things like that. But I do it (somewhat) consciously and try to not blame myself afterwards. That’s already a good step towards inner peace.

We’ve been working on Userlist for over two years, and it’s amazing how “the SaaS ramp of death” can be both slow and exciting at the same time.

In 2018 we put the business together: incorporated, set up the finances, legal documents, knowledge base, etc. In 2019 we focused on the product, and ultimately went out of beta. Here’s the timeline:

In preparation for our launch, we also went on a podcast tour. In the end we did a massive number of podcast interviews:

Moreover, Benedikt has started his own show together with Brian Rhea. It’s called Slow & Steady and they talk weekly about building their products.

MicroConf Europe in Croatia — in addition to simply being a fantastic event — was the first conference where we didn’t have to pitch Userlist and explain what it does (except for just a handful of times). It felt amazing.

Benedikt and I also spent some quality time there, not in Zoom, but savoring a panoramic view from a mountain top. Euphoric about our business traction, we made two big decisions:

Our third co-founder Claire had already been in an advisory role for a year, so these decisions didn’t affect her as much. All three of us are still in a great relationship; I shared more details in my interview on Startups for the Rest of Us.

At the moment, our key assets are in solid shape (both the product and the infrastructure), so the goal is to increase website traffic at the top of the funnel. To address that, we have already planned for a number of marketing activities. We’re also finishing up the development of in-app notifications, which are going live in early 2020.

I’m happy that we had consulting on the side during the first two years of the Userlist journey; it helped us to grow smoothly and avoid any rushed, grow-at-all-costs decisions. But I’m even happier that we can treat this as our only job now.

The future of Userlist is exciting, and I’m incredibly lucky to be a part of this team.

Consulting was nice and quiet, similar to 2018. I completed several projects for a handful of great clients, and it helped me to stay economically afloat while dedicating the rest of the time to Userlist. I also retired my productized consulting line in the middle of the year (including audits and strategy calls), so these gigs were primarily via weekly billing — I find this format the most suitable for regular clients.

As mentioned above, I’m going full time on Userlist in January. So November and December were mostly about wrapping up current consulting projects.

After quitting my agency job in 2012, I had gone through many stages in my consulting career — from $25/hour on Upwork to nearly $4,000/week as a high-touch consultant. I’m proud of these results, and wrapping up client work  seems like a big milestone. Somewhat sad, but also a long-desired transition to a full-time SaaS founder.

All sponsorships sold out well in advance.

In terms of production, I started deep-editing the episodes, which raised the show quality to the next level. I was doing it myself at first, and then signed up for Podcast Motor (a podcast editing service by Craig Hewitt), which now saves me a lot of time while maintaining the quality.

My mailing list hasn’t grown dramatically this year. New readers join the list every day, but this is balanced by unsubscribes from each email campaign. Right now the list size is a bit under 8,400 subscribers.

Most of my writing went to the Userlist blog this year, so the mailing list was mostly a way to share podcast episodes and personal updates.

I haven’t done any marketing for my personal products this year, but The UI Audit and Your Productized Consulting Guide kept selling fairly well. Both books combined made about $5,000 in sales this year, compared to $12,000 last year. This time, it was entirely “passive” income.

Given unlimited resources, I’d love to add audio versions to both books. I would also love to update The UI Audit with the recent learnings from Userlist and consulting work (even though it still holds up well as a representation of my UI/UX philosophy). But realistically, it won’t be my priority in 2020.

You are not your product. Your product, especially if built by a team, is a standalone entity. Of course, it’s important to show up and do your best. But it’s unhealthy to perceive it as an extension of yourself, and to treat business results as personal results. Decouple yourself from your product

Learn to say no to your customers. Especially true when you’re building a product from the ground up. It’s tempting to give promises and optimistic deadlines, but it’s much healthier to be conservative and brag less (while doing more).

It’s all about the journey. We measure product success with metrics all the time. However, it’s more about the journey: crafting something awesome with a great team, and making sure it brings value to your customers.

Over the last few years, my goals have been roughly similar. This year is no exception, but no client work this time:

It’s not just a regular end of year, it’s an end of a decade. As they say, people usually overestimate what can they get done in a year, but underestimate what they can do in five. Exciting to see this the events of this decade, written down:

For more details, welcome to explore this bio that I wrote two years ago.

Thank You for Reading This

Thank you for reading to the end. It’s always a thrill to share these updates with you. Hope 2020 holds success and awesome new beginnings for all of us!