Turning Thirty: Story of My Life 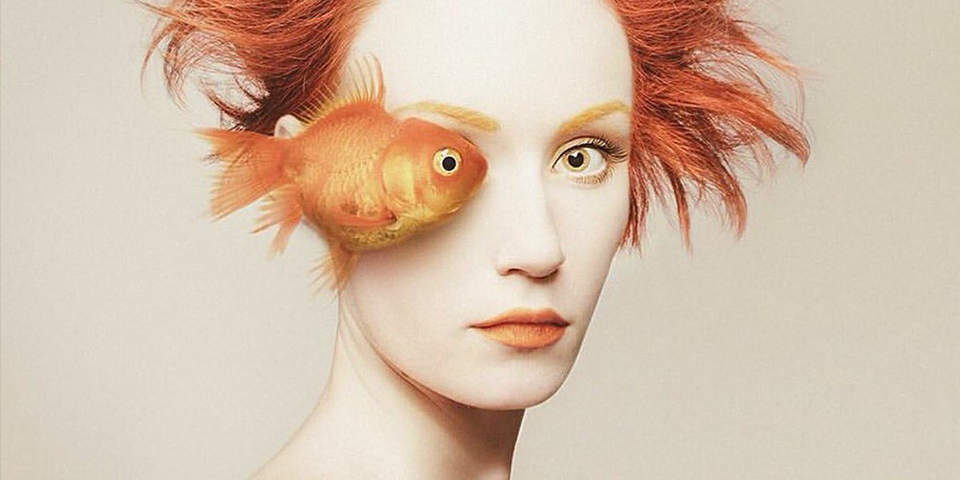 Today I’m turning 30, and I’m thrilled to share this milestone with you. Unlike previous birthdays, this one feels somewhat dramatic.

As something special, I decided to write down my bio. I’ve done many interviews, but there’s rarely an opportunity to share details. So I’m stealing the spotlight today! You’ll learn about my childhood, my first dozen jobs, and why Jane Portman isn’t my real name.

Image credit: Animeyed (Self-Portraits) by Flora Borsi. You should check out all portraits, they’re amazing.

I was born thirty years ago in the city of Voronezh, Russia. My parents stopped living together when I was about five, so I was raised by my mom on her own — a pretty common story. We had a great childhood together with my younger brother (he’s a rocket-scientist-smart iOS developer, ping me if you need an intro). We played together, read a lot of books, and did a lot of fighting — until he grew up and became obviously stronger than me.

There was very little money, but our mom went out of her way to develop us as intelligent human beings. That included a ton of additional home-taught math throughout the school — which was fun and allowed us to do well at school and in competitions. I also took extra English classes (“English club”) three times a week, from 2nd to 10th grade.

In high school I focused on math and physics, and was obsessed with getting A’s in all other classes as well. Excellent grades were probably a way to compensate for a lack of fancy clothes. We also never had a computer at home until I was 17, even though we had programming at school and I was dreaming of one.

When I was 16, I won a scholarship with Future Leaders Exchange (FLEX) program (run by the U.S. Department of State through funding from the Freedom Support Act, now sadly discontinued). It was huge! Without my parents paying a single penny, I had a chance to spend a whole year living in the U.S. in a host family and studying in a local high school.

They assigned me to live in upstate South Carolina, and the language learning curve was tough. I could easily write a college-level essay, but had trouble understanding basic everyday phrases. In addition to that, on my very first morning of school I landed on a super-dirty seat in a bus which hadn’t been used (and cleaned) the entire summer.

Did dirty jeans give me extra confidence? You bet!

I signed up for several art and design classes, and they were very refreshing after the hard-core science and math in Russia. I’ve always had a soft spot for arts, especially typography and hand-lettering, but I’ve never had time to even think about it seriously. Now I had plenty of time, since other classes were a breeze.

That’s when I first tried Photoshop — they would accept computer-generated images as assignments. So I played with Photoshop and some HTML at night, almost every night, finally having a PC at my disposal! I even won a few local design competitions with my graphics, including $300 in a poster contest on youth pregnancy prevention. This seemed like a ton, combined with my $125 monthly pocket money.

When I came back, there was a bit of backwards adjustment. But it was nice! Previously a typical nerd, now I was a well-dressed trendy girl who just returned from the United States! I had to go back to high school (effectively losing one year) but it was a fair trade-off.

During the following years, I took on extra jobs and side gigs, leveraging all possible skills:

The jobs described above happened during the college years. I was lucky (or was it years of hard study?) to get admitted to a trendy faculty in our state university. My program took 5 years (in-between Bachelor’s and Master’s degree) and my major was “Software Development in the Legal Field.”

It meant amazing classic education, 50% studying law and 50% studying programming. This made me a well-rounded human being, and brought me several lifetime friends. However, I didn’t choose any of these professions as my career. Today I call myself a non-coding designer, because all this knowledge is very high-level and doesn’t help much in real life.

In the end of 2008 I got married to my high-school friend, quickly and happily (we shared a desk back in the 11th grade). That was our 4th year of college. Ever since we grew together as a happy family, and now have two wonderful boys. My husband runs his own construction design company, and we always have business topics to discuss — even though he doesn’t work in the IT industry.

Remember my first job as a junior designer in 2004? I stayed with the same agency until 2012, first working during summer and winter holidays, then part-time, and later transitioning into full-time in the 3rd year of college. My brother joined the same agency around the same time.

By 2012 I grew into the creative director of this agency, leading a team of designers and illustrators. These were fantastic and challenging years! It was amazing to have all these resources and people on hand, and to build grandiose things.

I’m incredibly grateful to the director of this agency, who was brave to hire a 17-year-old and give her a chance.

In March 2012 my first son was born, and that’s where I usually start my interviews.

I spent a couple months baking pies and enjoying quiet family life. (I should mention that Russia has amazing social support for mothers. You can stay home for 18 months retaining 50–70% of your salary, and they’ll hold your place for up to 3 years if you want.)

Then I thought, maybe it’s time to do some work? But I didn’t want to go back to the agency turmoil. I just wanted to peacefully do my best work.

So I decided to leverage my English and explore the online job market. I was very confident in the actual UI/UX skills, so the question was — how do I find clients? I spent a year testing waters at oDesk, figuring out the process, making decent income by doing a lot of work. That’s how I realized there’s no big money there (and not too many great clients).

Here’s a life-changing article by Patrick McKenzie that turned my world around. I set out for a big consulting journey.

Sidenote: did you know that Jane Portman is not my real name? I made up a creative alias because I didn’t want anyone (particularly the director of my agency) to accidentally find what I’m doing online. Also, from my American experience I knew that Russian names make people uncomfortable — because they’re long and clumsy.

Thanks to Authority by Nathan Barry I decided to start with a book. In 2013 I was expecting my second son, and decided to spend the last pregnancy months doing something useful. So the book launch date was pretty straightforward: I had to ship it before my son was born in October.

And so I did it! Mastering App Presentation made very little money, but it served as a beautiful starting point for meeting people, getting new clients, and establishing myself as authority. If you’re curious, in these naive blog post series I describe the process.

The book got everything rolling fast and exciting (not without a lot of work, though). Here are the major products and milestones that happened afterwards:

Traditionally, I like to include a few takeaways. What lessons can you use in your own work and life?

Study English. It takes time, but opens up global opportunities for everyone.

Write. Even though I’m a designer, writing is the second most important skill. You’ve got to express your thoughts.

Dare to make money. This world is made for us! It has never ending opportunities for those who dare.

Being famous doesn’t come naturally. I worked hard to become a little bit “internet famous” — do you think that’s a natural consequence of design skills? Not at all. It takes writing, work, knocking on many doors, traveling, and anything else that a typical designer never does.

Your childhood does not define you. Or maybe it does, but it does not prescribe a certain life path. You’re the only master of your own destiny.

Goals for the Next Ten Years

I don’t like long-term plans because life is so unpredictable and interesting. But I like the idea of continuous improvement and evolution. I love to grow and nurture my brand and my skills. And I hope that the next 10 years will bring more of that.

Two years ago we did an exercise in Philadelphia with Amy Hoy and a few good friends. It was to describe your ideal situation you’re striving for. And here’s what I’m striving for, ranging from work to personal:

That doesn’t involve diamonds and furs, but it involves plenty of awesome work and definitely some money. Hope the universe stays loyal to my aspirations.

Thank You for Reading This

Thank you so much for taking the time and going with me on this journey! I hope it brings you some inspiration, or at least serves as an interesting story to accompany your morning cup of coffee.

Good luck in your own pursuit of happiness!